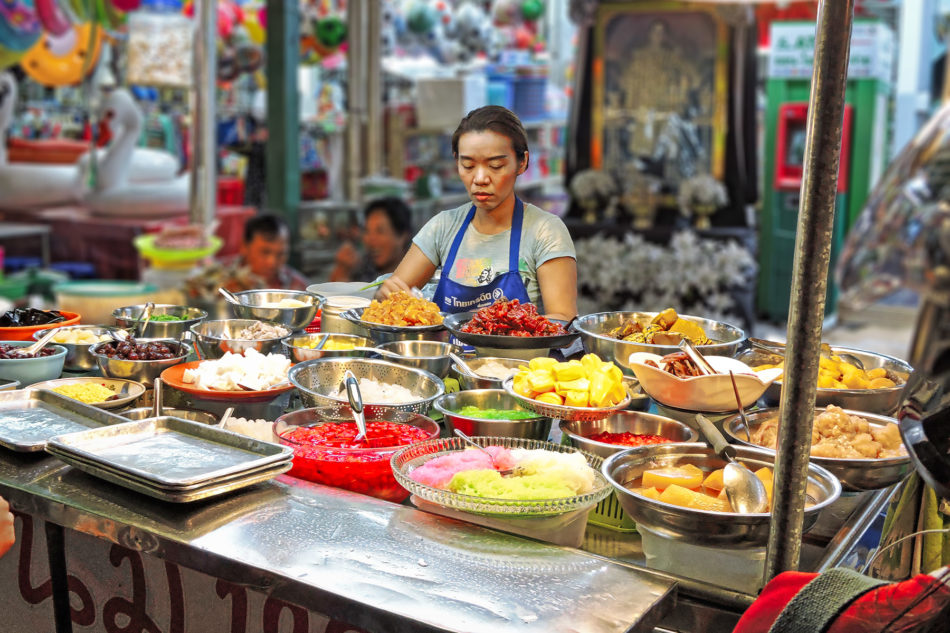 When visiting night markets or food areas around Thailand, you will often see vendors with a myriad of colourful sweet treats on display. Common questions from international guests to Thailand are along the lines of “what are they all” or “how and what do I order”. Our very own ‘foodie on the street’, Leigh, strips away the veil on these Thai sweet favourites.

The Hua Hin Food Festival 2017 presented some of Hua Hin’s best food offerings, with everything from Thai street food to local specialties, sweets and the major hotel chains showing off wonderfully innovative menus.

Here, Feast Thailand’s intrepid roving foodie, Leigh, visits one of the Isaan vendors at the festival and samples Laap Tod (ลาบทอด), a deep fried version of the…… 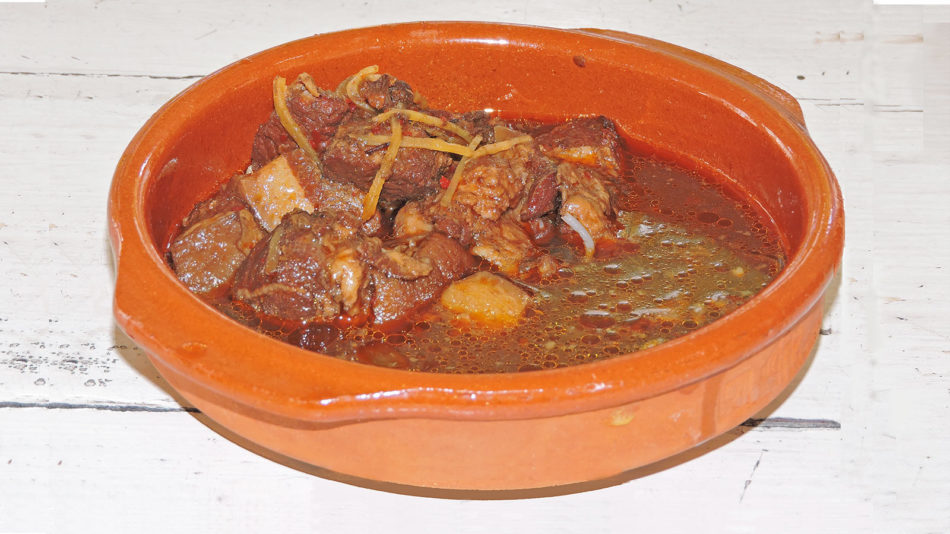 This curry comes from the north of Thailand, as the name suggest, and is sometimes called a Burmese curry; it was adopted by the northern Thai when they were under the rule of the Burmese from the 16th to 18th centuries. With the complexities of a Massaman Curry, also an imported curry, this thick and oily dish is redolent of spices that suggest an Indian origin, not very far away from the borders of Myanmar…. 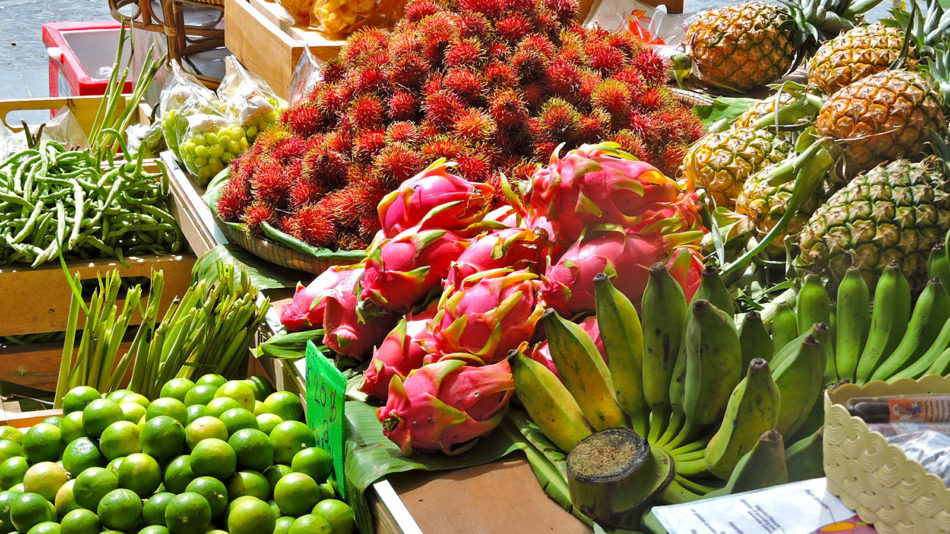 No matter where you are in the world, the motto is to always ‘eat what’s in season’; Thailand and fruit are no exception. Thailand has some fantastic fruits to try right now. As you explore local markets, you will constantly see a vast array of tropical fruits, yet you can always tell what is at the height of the season when you travel the streets and see particular fruits for sale from the back of a pick up or a pop up street stall. 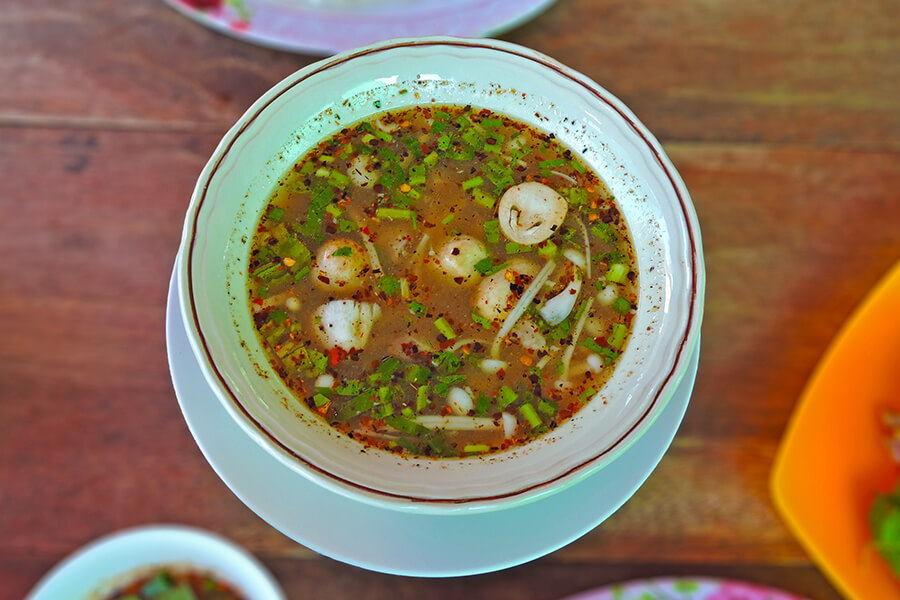 This recipe for Tom Saep is a variation on the one Andy uses at his Whiskey Soda Lounge in Portland….. 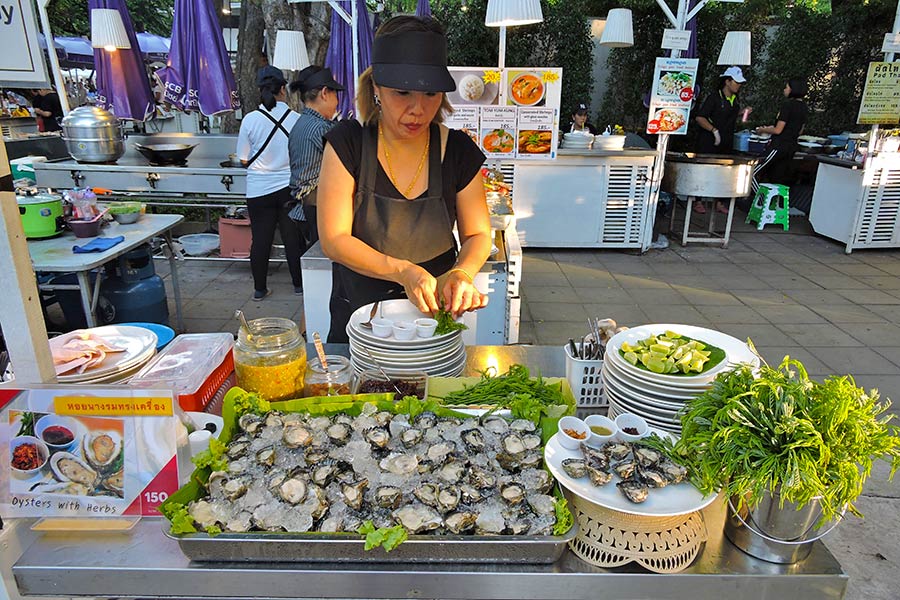 Cicada Market is rated the #1 ‘thing to do’ in Hua Hin by Trip Advisor, so for visitors to Hua Hin, this is a must do. Tamarind Market is just a stone’s throw away, so let’s compare the two to help you decide your preference. Let’s start with Cicada Market, which is divided into four venues…..

I am originally from Melbourne, Australia and have always wanted to live and work in South East Asia; in 2016, that dream became a reality. My husband, Shane, along with our two pugs, Papillon and Fanny, moved with me to Hua Hin, Thailand.

Both Shane and I have a passion for food and travel, as well as a love for all things SE Asian, having travelled here for the last 25 years or so. I am lucky to be able to work in Thailand and in the travel & tourism industry. This allows me to share our experiences; from travelling and eating all around the world and in particular, in Thailand.