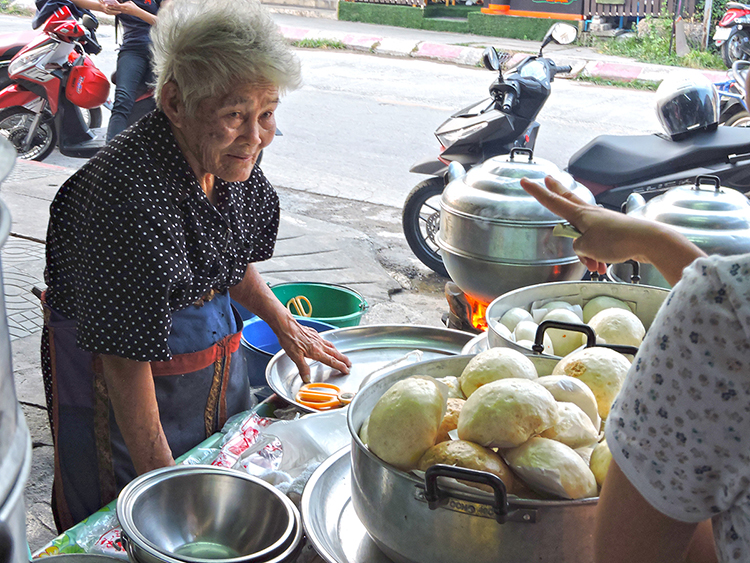 To begin to understand the influence the Chinese have had on Thai cuisine, one must first examine Chinese migration to Thailand over the centuries.

Thailand is home to the largest overseas Chinese community in the world. As of 2012, there were approximately 9 million Thais who claimed Chinese ancestry; up to around 14%. These are spread the length and breadth of Thailand, with the majority of these in the Central regions and in Bangkok in particular. Slightly more than half of the ethnic Chinese population in Thailand trace their ancestry to eastern Guangdong Province.

As history tells us, with poverty and rampant starvation in the mountainous regions of southern China, many Chinese ethnic groups embarked on the arduous journey towards a better life in places like Myanmar, Laos and Thailand. Many died along the way, but those that made it to Thailand worked very hard, many becoming very successful.

Amongst the ethnic groups who made this journey over the decades were the Hokkien, Teochew, Yunnanese and Hakka. Each group came to Thailand via different routes and thus settled in different areas.

Teochews came from around the port city of Swatow. They came via the Gulf of Siam, coming ashore in Chon Buri and Samut Prakan. Once in Bangkok, many dispersed around the country, with many settling around the Chao Phraya River in Bangkok.

Hokkiens were good sailors and had no problem making journeys by sea. Southern Thailand was generally their destination. They were primarily rice merchants and when they arrived they continued in the trade. Many leading Thai rice merchants are of Hokkien descent. The Hokkiens constitute the largest dialect group among the Chinese in Songkhla, Satun, and Phuket.

Hakka are mainly concentrated in Chiang Mai, Phuket, and the central western provinces. The Hakka own many private banks in Thailand, notably Kasikorn Bank.

With the ever growing immigrant communities from China came the need for them to eat. Chinese immigrants to Thailand introduced different cooking techniques such as stir frying and deep frying, both employing the use of a wok. They introduced the a of broth and several types of noodles, Taochiao (fermented bean paste), Soy Sauce, and Tofu. They also brought different ways to eat the food. 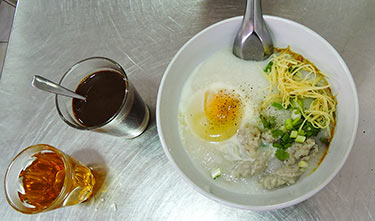 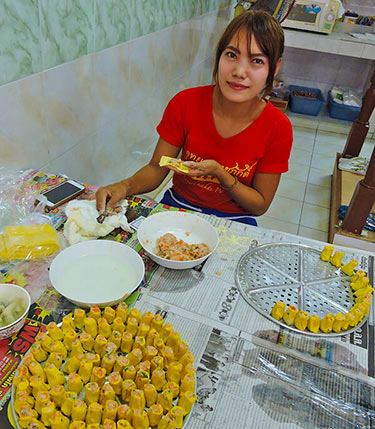 Chopsticks were foreign utensils to most in Thailand at the time, though now when eating a Chinese-style noodle soup, most Thais will opt for chopsticks.

Much of the cooking of the entire Central Region of Thailand traces its heritage to China and much of the Southern Thai food bears the hallmark of having Chinese heritage as well.

Many dishes that are now popular in Thailand were originally dishes of Chinese origin. A great many were introduced to Thailand by the Hokkien people from around the 15th century, and by the Teochew people who started settling in larger numbers from the late 18th century onward, though all ethnic groups have contributed to that influence.

Many of the noodle dishes have clear links to China. Some of those are Ba Mii (บะหมี่) clear egg noodle soup, Khanom Jiin (ขนมจีน) fermented rice noodles with various curry sauce accompaniments, Guay Chap (ก๋วยจั๊บ) a seriously pork flavoured soup and Guay Tiaw (ก๋วยเตี๋ยว), a noodle soup that has many variations.

Thailand’s very own Pad Thai was part of a campaign to establish Thai nationalism. In 1939, Prime Minister Plaek Phibunsongkhram supported the change of name of the country from Siam to Thailand. At the time, wheat noodles were very popular in Thailand, but he sought to eliminate Chinese influence. His government promoted rice noodles and helped to establish the identity of Thailand. As a result, a new noodle named Sen Chan (เส้นจัน) was created.

It is without a doubt that the biggest, single influence on Thai cuisine has come from the Chinese, and we would like to celebrate that influence.